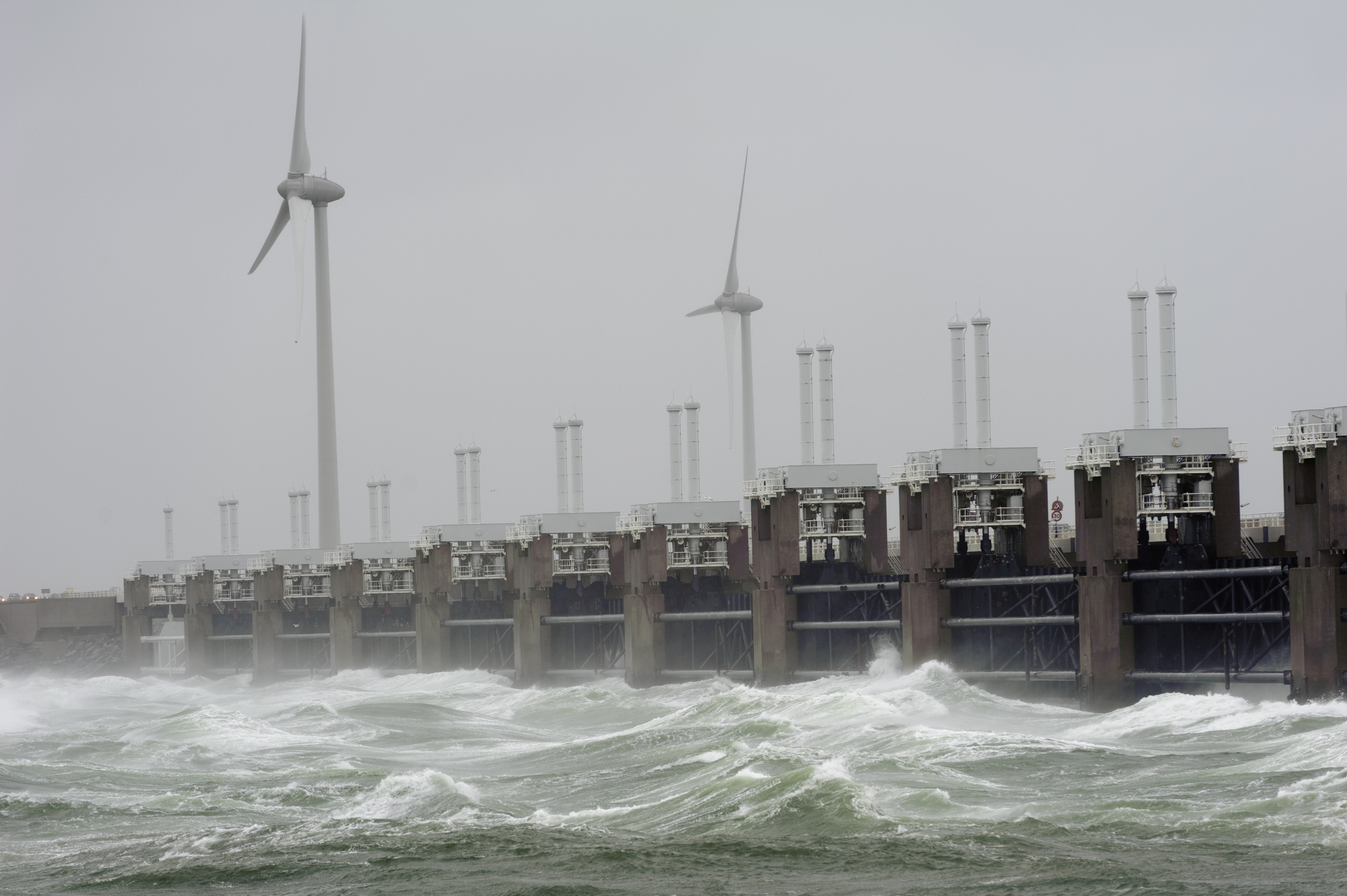 The rising sea could become a problem for many, but for the Dutch, it is merely an old and well-known enemy. Trapped between some of Europe’s largest rivers and the violent North Sea waves, the people living in the Netherlands prevent floods for a living – literally.

Holland is a flat, low-lying country on the edge of a stormy sea. To make matters worse, between 20 and 40 percent of its land area is at, or below, sea level. Yet, as the Dutch have shown for centuries, it is possible to live below the water level with appropriate water management and technology.

The Dutch have played an outsized role in the history of the world – in foreign trade, economic growth, and financial development. Their tolerant ethics may have kicked off the Great Enrichment, thus producing the world’s first modern economy. The Dutch also invented central banking and perfected the art of public debt and securities markets. Most impressively, they accomplished all that while under constant siege from the ocean.

The water level on Dutch shores has increased steadily for over 3,000 years (and even more rapidly for 7,000 years before that). In other words, long before the Industrial Revolution, modern capitalism, or the burning of fossil fuels, the Dutch had to adapt – a strategy reviled by purist climate change activists.

Since the twelfth century, local and regional institutions known as waterboards have operated independently of political power. Using dikes, sluices, canals, and other forms of hydraulic engineering, they “began to tame, though never to vanquish, the waterwolf,” writes William teBrake, a history professor at the University of Maine and long-time student of Dutch land history.

Later, with advanced technology and greater wealth, the Dutch built pumps to drain flooded areas and even, in grand land reclamations, the ocean itself. In modern times, they raised protective barriers to seal off the hinterlands from storm surges.

The threat from water grew worse over time as humans tried to eke out a living from the land. Cutting and burning peat and draining swamps undermined the land’s support and made it drop further below sea level. This process, known as subsidence, sunk the land up to 2 centimeters per year in the late-Middle Ages. That’s five times the rate at which sea levels currently rise around the world and more than twice what the IPCC projects as the worst-case scenario for the rest of this century.

Still, the Dutch prevailed. Somewhere between A.D. 1600 and A.D. 1800, the protective measures made possible by Holland’s growing wealth and improving technology began to pull ahead in the race with the ocean. “The Netherlands has learned to live with the fact that sea-level rise is ongoing and accepts that associated impacts are a continuous issue,” writes Mark van Koningsveld and co-authors in a 2008 article about the Dutch and sea-level rise. “Future problems of climate change and sea-level rise are part of this evolution rather than something fundamentally new.”

The more modern and elaborate protective barriers and sluices, like those in the Delta Works or the Zuiderzee Works, sometimes draw ire because they were constructed only after massive storms destroyed many lives (1953) and property (1916). That is true but also somewhat unremarkable: throughout the thousand-year-plus history of settlement in the Low Countries, it always took extraordinary events for people to spend scarce labor, capital, and material to ensure and refine their survival. Learning how to manage water and protect low-lying lands from the ocean was a trial-and-error process.

If climate change today turns out to increase those water-related risks, the Dutch are rich and technologically savvy enough to supplement their already extensive water protection systems – not unlike what you do with your home or car insurance when your circumstances change. Besides, it’s much cheaper to reinforce a structure than to reverse centuries of carbon emissions.

Of course, it cost a lot of money to build the engineering wonders that currently keep the Netherlands safe from the ocean, but at 0.4 percent of the central government’s annual expenditure, the maintenance of the vast water protection system is likely cheaper than what it was the past.

Even though millions of people in the Netherlands live under the waterline, it’s unlikely that they’ll ever be seriously harmed by a gradual rise in sea levels. But what about larger storms – a problem that the IPCC expects to worsen? Could bigger than anticipated storms overwhelm Holland’s coastal defenses? Luckily, the IPCC report on the oceans from 2019 projects wave heights to decrease in the North Atlantic and the Mediterranean Sea – even under the worst RCP8.5 scenario.

So, can the Dutch relax? Not quite. Their long battle against the ocean to their West and North, and the continental rivers to their East and South, may never end. Water doesn’t rest, but neither do the Dutch, who regularly expand, improve, and comprehensively re-assess their Delta program. If it turns out that climate change is worse than what today’s experts predict, the Dutch can adjust.

Fortifying our societies against the climate is a constant challenge. But like the Dutch war against the waves, fortification against nature’s whims is a technical problem that requires engineering and adaptation, not fearmongering.