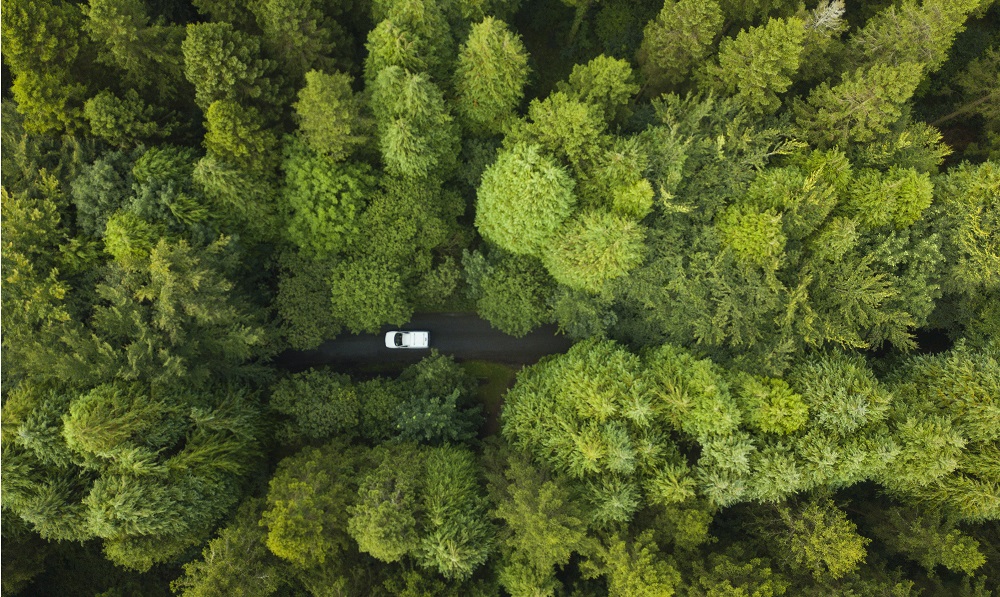 Amid all the talk of an imminent planetary catastrophe caused by emissions of carbon dioxide, another fact is often ignored: global greening is happening faster than climate change. The amount of vegetation growing on the earth has been increasing every year for at least 30 years. The evidence comes from the growth rate of plants and from satellite data.

In 2016 a paper was published by 32 authors from 24 institutions in eight countries that analysed satellite data and concluded that there had been a roughly 14% increase in green vegetation over 30 years. The study attributed 70% of this increase to the extra carbon dioxide in the atmosphere. The lead author on the study, Zaichun Zhu of Beijing University, says this is equivalent to adding a new continent of green vegetation twice the size of the mainland United States.

Global greening has affected all ecosystems – from arctic tundra to coral reefs to plankton to tropical rain forests – but shows up most strongly in arid places like the Sahel region of Africa, where desertification has largely now reversed. This is because plants lose less water in the process of absorbing carbon dioxide if the concentration of carbon dioxide is higher. Ecosystems and farms will be less water-stressed at the end of this century than they are today during periods of low rainfall.

There should have been no surprise about this news. Thousands of experiments have been conducted over many years in which levels of CO2 had been increased over crops or wild ecosystems and boosted their growth. The owners of commercial greenhouses usually pump CO2 into the air to speed up the growth of plants. CO2 is plant food.

This greening is good news. It means more food for insects and deer, for elephants and mice, for fish and whales. It means higher yields for farmers; indeed, the effect has probably added about $3 trillion to farm incomes over the last 30 years. So less land is needed to feed the human population and more can be spared for wildlife instead.

Yet this never gets mentioned. In their desperation to keep the fearmongering on track the activists who make a living off the climate change scare do their best to ignore this inconvenient truth. When they cannot avoid the subject, they say that greening is a temporary phenomenon that will reverse in the latter part of this century. The evidence for this claim comes from a few models fed with extreme assumptions, so it cannot be trusted.

This biological phenomenon can also help to explain the coming and going of ice ages. It has always been a puzzle that ice ages grow gradually colder for tens of thousands of years, then suddenly warmer again in the space of a few thousand years, at which point the huge ice caps of Eurasia and North America collapse and the world enters a warmer interlude, such as the one we have been enjoying for 10,000 years.

Attempts to explain this cyclical pattern have mostly failed so far. Carbon dioxide levels track the change, but these rise after the world starts to warm and fall after the world starts to cool, so they are not the cause. Changes in the shape of the earth’s orbit play a role, with ice sheets collapsing when the northern summers are especially warm, but only some of these so-called “great summers” result in deglaciation.

Recent ice cores from the Antarctic appear to have fingered the culprit at last: it’s all about plants. During ice ages, the level of carbon dioxide in the atmosphere steadily drops, because colder oceans absorb more of the gas. Eventually it reaches such a low level – about 0.018% at the peak of the last ice age – that plants struggle to grow at all, especially in dry areas or at high altitudes. As a result gigantic dust storms blanket the entire planet, reaching even Antarctica, where the amount of dust in the ice spikes dramatically upward. These dust storms blacken the northern ice sheets in particular, making them highly vulnerable to rapid melting when the next great summer arrives. The ice age was a horrible time to be alive even in the tropics: cold, dry, dusty and far less plant life than today.

As Svante Arrhenius, the Swede who first measured the greenhouse effect, said: “By the influence of the increasing percentage of carbonic acid in the atmosphere, we may hope to enjoy ages with more equable and better climates.” Enjoy the lush greenery of the current world and enjoy the fact that green vegetation is changing faster than global average temperatures.

This first appeared in Die Weltwoche.