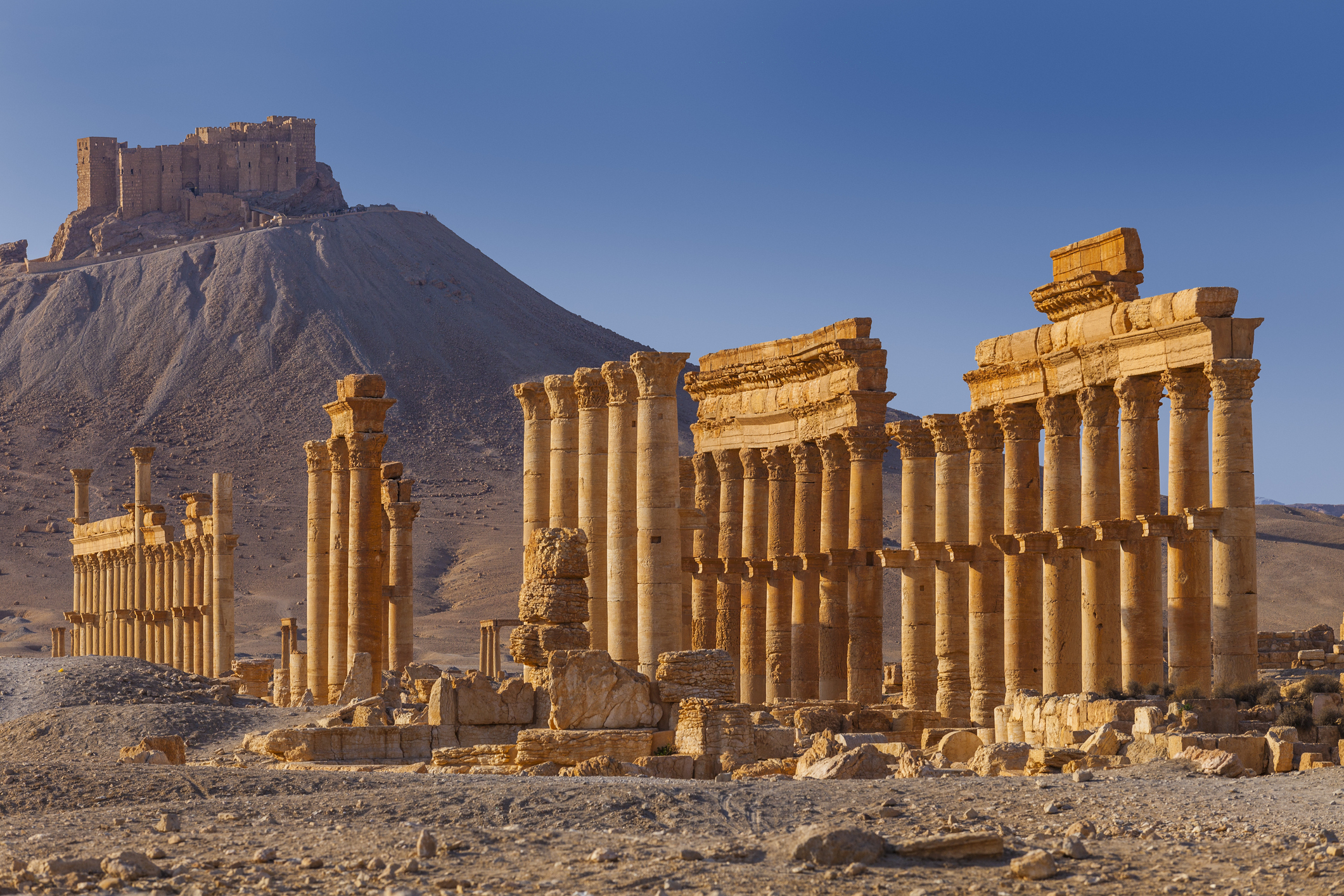 What is capitalism? According to our modern understanding, capitalism is a relatively new idea, and the intellectual foundations for a free market model can be traced to the 18th century philosopher Adam Smith. However, this narrative about the development of free markets is fundamentally flawed.

Far from being a recent innovation, enterprises, banks, advanced commercial practices and free markets evolved some 4,000 years ago in the countries we today know as Iraq and Syria. A better understanding of the story of capitalism is needed; since it shows us how important markets have been for human progress as well as how universal the link between development and market policy is across different societies.

Over time, archaeologists have uncovered and translated a great deal of tablets left from ancient civilisations. Many of the tablets from Babylonia and Assyria, in contemporary Iraq and Syria, are receipts of economic ventures. They show that private profit-seeking merchants, rather sophisticated investment ventures and market price setting were common in these civilisations. Astronomical diaries written some 2,500 years ago show how market prices changed on a monthly, or even weekly, basis in Babylonia.

This shouldn’t come as a surprise. Given how prosperous the ancient Middle Eastern civilisations were and how important they were for human progress, it should come as no surprise that they were the birthplace of enterprise and market economy. Egypt on the other hand relied more on central planning, and predictably stagnated.

Free markets, in different forms, also seem to have formed in the three other cradles of human civilisation – India, China and Mesoamerica. Since ancient times China has fluctuated between free market policies and statist control. The periods of free markets are those in which China has prospered.

Again, this shouldn’t be a surprise since many of our most important inventions have originated in China. Only during recent centuries, when Europe has developed and embraced modern capitalism, have European civilisations become the dominant force for growth and technology in the world. Before then this role fell to the Middle East, China and India – the market economies of the world. Around a thousand years ago the concept of Sreni, the first known proto-corporation, evolved in India.

It seems that the cradles of human civilisation all developed a market economy, in more or less evolved form. This even goes for Mesoamerica, where the Aztecs and Mayan economies had aspects of the free market. This is worth keeping in mind. If one believes the modern narrative that capitalism is a fairly new European invention, then other models have existed in human history that gave rise to the spectacular development seen in ancient Eastern civilisations such as Babylonia, Persia, China, Phoenicia and Asia minor (modern day Turkey). Yet, in truth, the periods of prosperity in these regions were the same in which market economy was adopted. So it turns out, the link between markets and prosperity is quite universal.

The market economic tradition of the Middle East would later be connected to that of China and India through the famous Silk Road. It would be revitalised in the early middle ages, resulting in the Islamic Golden age of market exchange with an accompanying industrial revolution (with machinery powered by wind and water). Modern market practices such as bookkeeping, modern commercial farming and industrial knowledge from the Middle East all inspired the market development in places such as Italy and Spain.

But it is not only the institutions of the market that evolved in the East, the same goes for the intellectual support of markets. Adam Smith is often considered to be the father of economics and the first intellectual supporter of free-market ideals. This belief stems from the assumption that Smith was the first to explain how markets develop through the division of labour and specialisation.

However, Xenophon’s writing on the same subject predates Smith by more than 2,000 years. What was Xenophon writing about? He was explaining the market practices of ancient Persia, whose economy evidently functioned on the basis of market mechanisms. In fact, previously unpublished lecture notes from Smith show that he simply seems to have plagiarised Xenophon.

Even more interesting is another piece of writing from this ancient historian. Xenophon wrote about how Cyrus the Great – the most influential ruler of his time – was taught as a prince about how to judge market transactions. The moral of the story is that a wise ruler should not regulate the marketplace based on what the ruler believes to be an efficient exchange. Rather, he should only concern himself with whether the transaction had been conducted in proper accordance with property rights and voluntary transaction.

This is the essence of free market ideology, set out around 550 BC in ancient Iran. No coincidence then that Cyrus freed slaves (such as the Jews from slavery in Babylon), wrote an early declaration of human rights, spread standardised gold coins and built the Royal Road which was the beginning of the Silk Road. Early market economy went in hand with peaceful exchange.

In the 7th century BC, the Guanzi, an important and political and philosophical text from ancient China, described how profit-seeking merchants study demand and supply on the marketplace, and lay the foundation for an efficient economy through their activities: “Marvellous and fantastic things arrive in timely fashion; rare and unusual goods readily gather. Day and night thus engaged, merchants tutor their sons and brothers, speaking the language of profit, teaching them the virtue of timeliness and training them how to recognise the value of goods.”

Numerous ancient Chinese intellectuals had advanced free market ideas some 2,000 years before Adam Smith. Confucius himself was an advocate of limited taxation. Mencius, the second most influential Confucian philosopher, had advanced theories on why market price setting should be free from government involvement and private property protected.

This ancient Chinese intellectual criticised state taxation of market exchange and advocated the rights of the individual. Lao Zi, the founder of Taoism, had before Mencius laid the foundations of the first known libertarian ideas: advocating personal as well as economic freedom.

Chinese historian Ssu-ma Ch’ien explained around 100 BC how individuals who act in their own self-interest are the driving force for wealth creation: “Therefore, farmers provide food, forest guards supply mountain resources, and merchants distribute these goods. The government did not order the collection of the goods. It was done because each person did what he could best and wanted to get what he needed. When the prices are high, that is a sign they will soon become low. Everybody diligently attends to his task and enjoys doing it just as water flows to a lower place. He keeps working days and nights, comes even if he is not called, and supplies goods even if they are not demanded. This stands to reason and is the way it should be.”

In Qabus Nameh, a major work of Persian literature from the 11th century AD, the mythological king of Iran, Kai Kavus, gives his son advice on economic matters in line with the ideas of rational self-interest. The 15th-century Persian ethicist Asaad Davani wrote: “Experience teaches me this wholesome truth: men work by knowledge, knowledge works by wealth.” Davani explained: “For the wisest, if destitute of money, can be no benefactor of the people; and even in himself, by reason of his attention to require expedients, is withheld from perfection.”

These are just a few examples to illustrate an important point: market economy, its institutions and its intellectual support have played a much longer role in human history than today’s narrative acknowledges. Promoters of free market ideals should strive to learn more about the story of capitalism, in order to broaden their horizons, increase their global appeal and find stronger support for their cause.

After all, it is not only in modern times that free markets have fostered progress while statism has led to stagnation; this seems to be universal pattern over the world throughout history.

Dr. Nima Sanandaji is the president of the European Centre for Entrepreneurship and Policy Reform. How Robots Will Transform the 2020s