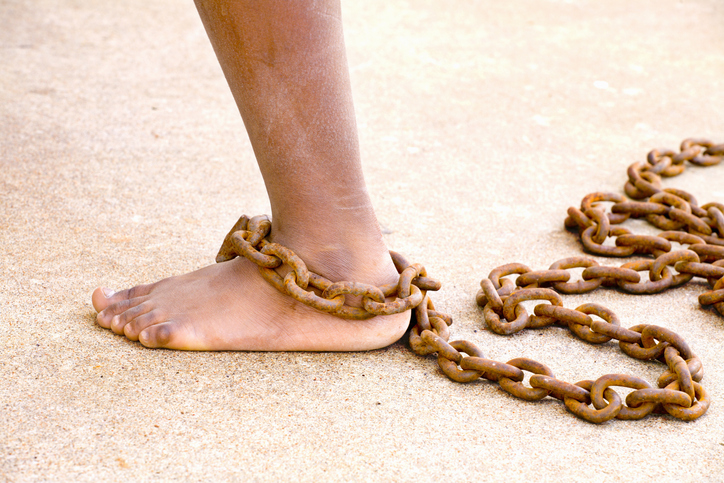 Slavery was once ubiquitous throughout the world. Today, it is illegal everywhere. Is that a sign of moral progress or a temporary accomplishment that’s bound not to last? Put differently, are human beings capable of evolving toward higher states of ethical behaviour, or must slavery, along with other forgotten cruelties, inevitably reappear? Some backsliding is surely to occur, but history suggests that a full return to the savage days of yore is highly unlikely.

Slavery can be traced back to Sumer, a Middle Eastern civilisation that flourished between 4,500 BC and 1,900 BC. The early laws of the Babylonians, who overran Sumer in 18th century BC, appear to have taken ownership of one person by another for granted. Thus, the Code of Hammurabi states, “If a slave say to his master, ‘You are not my master,’ if they convict him his master shall cut off his ear.” Over the succeeding 4,000 years, chattel slavery would be practised, at one point or another, by every civilisation.

Prior to the Age of Steam, humanity depended on energy produced primarily by people and animals. An extra pair of field hands was always welcome and conquered people, if they escaped execution, were frequently put to work as slaves. There were no internment camps to hold captive populations and prisons were mere short-term holding cells, where the accused awaited trial, punishment and execution. In any case, low agricultural productivity and the concomitant food shortages meant that feeding a captured, but idle population was impractical.

Slavery existed in ancient Egypt, India, Greece, China, Rome and pre-Columbian America. The Arab slave trade took off during the Muslim conquests of the Middle Ages. The word “slave” probably derives from Late Latin word sclavus, which in turn denotes the Slavic peoples of Central and Eastern Europe who were enslaved by the Ottoman Turks. Slavery in the Caribbean and the south-eastern United States, which was practised between the 16th and 19th centuries AD, saw millions of Africans brought to the New World for that very purpose. Yet slavery amongst African tribes, especially in West Africa, was also common and persisted until very recently. In fact, Mauritania became the last country to outlaw slavery in 1981 and, due to its persistence, criminalise the practice of enslavement in 2007.

As chattel slavery disappeared, our definition of slavery has expanded to include such practices as forced labour, sexual slavery and debt bondage. This is a common psychological behaviour called “prevalence-induced concept change.” As Harvard University psychologists David Levari and Daniel Gilbert found, people who were asked to identify “blue dots” tended to call purple dots “blue” as blue dots become rarer. Similarly, people who were asked to identify threatening faces tended to describe faces as threatening as threatening faces become rarer.

“From low-level perception of colour to higher-level judgments of ethics,” the two psychologists wrote, “there is a robust tendency for perceptual and judgmental standards to ‘creep’ when they ought not to.” Human psychology, then, partly explains the persistent allure of pessimism. As bad things become rarer, the human brain makes the definition of “bad” more encompassing.

This interplay between human nature and ethical behaviour strikes at the core of what we mean by progress. Some people, like the British philosopher John Gray, deny the possibility of moral progress. As he wrote, “I define progress … as any kind of advance that’s cumulative, so that what’s achieved at one period is the basis for later achievement that then, over time, becomes more and more irreversible. In science and technology, progress isn’t a myth. However, the myth is that the progress achieved in science and technology can occur in ethics, politics, or, more simply, civilisation.”

But Gray’s pessimism is difficult to reconcile with the disappearance of once common practices, such as human sacrifice and cannibalism. Human sacrifice has been looked down upon since the Roman times. Today, no rational being believes sacrificing virgins can bring about better harvests. Better fertilisation and pest control are much safer bets for aspiring farmers.

Hannibal Lecter notwithstanding, cannibalism has been extremely rare for centuries. Even during the communist famines in China and the Soviet Union, very few people resorted to eating their fellow human beings, preferring starvation instead. It is unlikely that even a potential collapse of global food supply would reverse the trend away from eating human flesh.

A civilisational collapse could, of course, resurrect some abhorrent practices. But some of the knowledge and internalised ethical precepts that humanity has so painstakingly accumulated over millennia will surely remain, thus moderating peoples’ behaviour even in the direst of times. In the meantime, we have to reconcile ourselves to the fact that progress is “self-cloaking.” The better things get, the more we will be on the lookout for things to worry about.