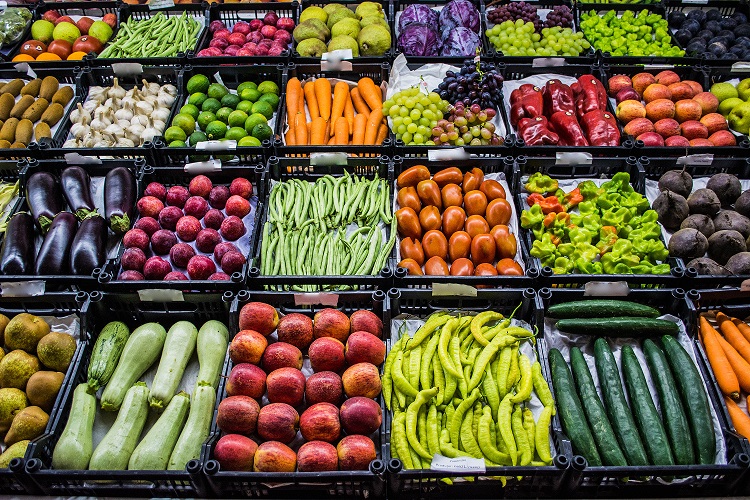 Adequate nutrition is a basic requirement for human survival, yet food was always scarce. The prevalence of food shortages can be gleaned from the profusion of commonly used idioms, such as “feast today, famine tomorrow,” children’s stories, such as Hansel and Gretel, and scriptural references, such as the Biblical Four Horsemen of the Apocalypse, in which Famine accompanies Pestilence, War and Death. In fact, the greatest famine of all time occurred between 1958 and 1962, when the Chinese communist ruler Mao Zedong used brute force to nationalize his country’s farmland, causing between 23 and 55 million deaths in the process.

The “Great Leap Forward” was paradoxical for two reasons. First, historically speaking, famines were more likely to occur as a result of harvest failures that were precipitated by droughts or flooding, rather than violence. Second, food security has increased tremendously during the second half of the 20th century. The global average population-weighted food supply per person rose from 2,225 calories in 1961 to 2,882 calories in 2013. To put these figures in perspective, the U.S. Department of Agriculture recommends that moderately active adult men consume between 2,200 and 2,800 calories a day and moderately active women consume between 1,800 and 2,000 calories a day.

In sub-Saharan Africa, food supply rose from 2,004 calories in 1961 to 2,465 calories in 2013. Put differently, the world’s poorest region enjoys access to food that is roughly equivalent to that of the Portuguese in the early 1960s. In fact, scientists from the African Population and Health Research Center in Kenya estimate that in four out of 24 African countries surveyed, obesity prevalence among urban women exceeded 20 percent. It ranged between 10 percent and 19 percent in the other 20 countries. First, agricultural productivity has greatly improved due to more scientific methods of farming, access to plentiful and much improved fertilizers and pesticides, and new high-yield and disease-resistant plants. The main hero of this story was an American agronomist and the winner of the 1970 Nobel Peace Prize, Norman Borlaug. In the mid-20th century, Borlaug

“worked with the governments of Mexico, India and Pakistan to introduce a combination of modern agricultural production techniques and his new high-yield wheat varieties. As a result, Mexico became a net exporter of wheat by 1963. Between 1965 and 1970, wheat yields nearly doubled in Pakistan and India, greatly improving the food security in the subcontinent. These collective increases in yield have been labelled the Green Revolution and Mr Borlaug is often credited with saving over a billion people from starvation.”

Second, the world has grown much richer and people can afford to buy more food. The average global income per person per day rose from $3.7 in 1900 to $35 in 2000 (both figures are in 2018 U.S. dollars). Third, food has become cheaper. The Food Price Index, compiled by the Food and Agriculture Organization of the United Nations, shows that the inflation-adjusted price of food in 2017 was lower than what it was in 1961. Or, to take a longer view, the value of the Grilli and Yang Food Price Index has halved between 1906 and 2006. Fourth, improved transport and communications allow countries with plentiful harvests to sell or donate their agricultural surpluses to countries suffering from food shortages.

Fifth, the spread of democracy and a free press ensures that governments are more accountable and human rights abuses widely reported. As Amartya Sen, the winner of the 1998 Nobel Memorial Prize in Economic Science, noted, “No famine has ever taken place in the history of the world in a functioning democracy … [because democratic governments] have to win elections and face public criticism, and have strong incentive to undertake measures to avert famines and other catastrophes.”

In his 1968 book The Population Bomb, biologist Paul Ehrlich from Stanford University wrote that “The battle to feed all of humanity is over. In the 1970s hundreds of millions of people will starve to death in spite of any crash programs embarked upon now.” That year, food supply in 34 out of 152 countries surveyed amounted to less than 2,000 calories per person per day. That was true of only 2 out of 173 countries surveyed in 2013. Today famines have all but disappeared outside of war zones. You Don’t Need a Spaceship to Grow Martian Radishes